Gelatin is a translucent, colorless, flavorless, solid substance, derived from Collagen.  Gelatin is commonly used in foods and pharmaceuticals as a gelling agent.  Common examples of foods that contain gelatin or collagen include yogurt, marshmallows, gelatin desserts, nutrition bars and protein shakes.  Gelatin can also be used as a texturizer, stabilizer and thickener in foods.  Lugo Nutrition has maintained a strong presence in the Gelatin market since 1973 and carries a complete line of Gelatin products derived from various animal sources.  Lugo Nutrition also serves the capsule making, pharmaceutical and photographic industries. 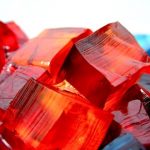 Gelatin adds texture and protein to food products.  Lugo Nutrition carries a full line of gelatin derived from bovine, porcine and fish sources available in varying bloom strengths and mesh sizes.  In addition, many of our gelatins meet the strictest of kosher standards such as OU and OK.  Kosher also Available 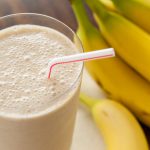 Collagen, or hydrolyzed gelatin, is formed through the complete hydrolysis of gelatin.  Collagen, unlike gelatin, is non-gelling and fully soluble in cold water, allowing it to be incorporated into food, beverages, and dietary supplements.  Lugo Nutrition supplies collagen derived from bovine, porcine and fish sources for use as a protein source, emulsifier, whipping agent and film forming agent.  As with our gelatins, many of our collagens adhere to the strictest kosher standards such as OU and Ok. Kosher also Available